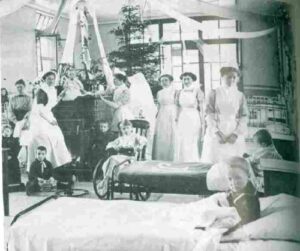 Nurses on Gannon Ward in the Jenny Lind Children’s Hospital in 1913. 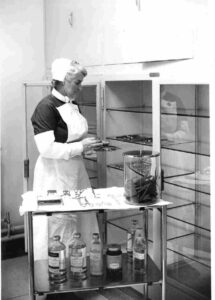