First in, last out, for Brian and Reg 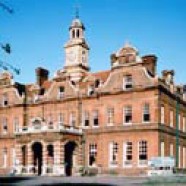 Next week sees the end of an era for catering manager Reg Cullum and kitchen manager Brian Smith and for their longstanding workplace, the Norfolk and Norwich Hospital.

The hospital will close its doors for the very last time on January 31 and at same time Reg and Brian will bow out after, respectively, 32 and 39 years loyal service to the NHS in Norwich.

Reg, from Framingham Earl, near Norwich, is the N&N’s catering manager and he started work with the NHS back on 6 November 1971. Reg is retiring on the same day the hospital shuts down for good.

Brian, from Spooner Row, near Wymondham, started with the NHS in 1964 and both Reg and Brian were the first staff into the then new catering operation at the N&N in 1971 and they will be the last staff out in 2003.

This Thursday, January 23rd, the hospital trust’s chairman David Prior will present Reg and Brian with an N&N cake and thank them for their three decades of public service.

Mr Prior said: “Brian and Reg represent the very best of the NHS, tireless public service year in, year out and we want to wish them all the very best for their well-earned retirements. Brian and Reg have clocked up 71 years NHS service between them and it’s fitting that we will also finally say goodbye to the N&N after a sterling 232 years service”.