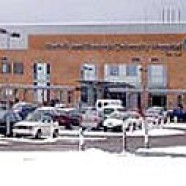 As NHS services in Norfolk gear up for a predicted cold snap next week, members of the public are urged to take sensible and simple steps to guard against the cold.

A prolonged spell of cold weather has a number of effects on people's health, leading to a higher risk of people catching colds or influenza – or even dying.  Around half of all extra deaths each winter are due to respiratory disease and a third due to heart disease or strokes. As the body temperature drops the blood thickens and blood pressure rises increasing the risk of a heart attack, stroke or breathing difficulties.  This is especially true for older people, people suffering from a chronic disease, or those who are vulnerable due to a physical disability.

Most healthy people will not be badly affected by these illnesses but some people, especially if they are older or have certain medical conditions such as, chronic heart or chest complaints (including asthma), chronic kidney disease, diabetes, or lowered immunity due to disease or treatment, there is a possible risk complications such as bronchitis or pneumonia.

The Met Office is warning that the eastern region will next week face a prolonged spell of cold weather and possible snow showers. The NHS is calling on people to take care, wrap up well and spend the next couple of days making sure they are ready for the cold weather.

Dr Peter Brambleby, Director of Public Health for Norwich, said: “When it comes to coping with cold weather, more than half the battle is wrapping up well, keeping homes warm and making sure you have a hot meal and plenty of drinks every day. Icy roads and pavements will be treacherous and great care needs to be taken if walking or driving.”

Official figures show an increase in mortality for each 1 degree fall in temperature below 18 degrees centigrade – with the increase higher for London than European countries such as Finland, the Netherlands and North Italy. And in the East of England overall, mortality rates rise by approximately 26 per cent between December and March compared with the rest of the year.

The cold snap comes as NHS services in Norfolk have been coping with an average rise in emergencies of 10 per cent, compared to the year before. Patients are also asked to think about the treatment that is right for them – rather than automatically call for an ambulance or turn up at A&E. Forty per cent of patients using Norwich's A&E unit could have been treated at the city's Walk-In Centre.

The NHS is keen to emphasise that people should always seek emergency medical treatment if they think they are in a critical or life-threatening condition. These include:

Viruses cause 'flu, colds, sore throats and most coughs, so antibiotics won't help. With the right advice, most of these ailments can be treated successfully at home. Local pharmacists will give advice about what remedies to take to ease symptoms and a well-stocked medicine cabinet will help people to treat many common illnesses at home

A special national helpline has also been set up to give advice to people on keeping warm over winter. You can call the Winter Warmth Advice Line on Freephone 0800 085 7000. Lines are open between 8am to 8pm, Monday to Friday.