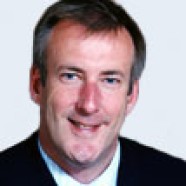 Paul began his NHS career at Ipswich Hospital in 1993 as Deputy Director of Finance. Two years later, he joined Addenbrooke's Hospital, Cambridge and became Director of Operations in 1998. In 2000 he joined King's College Hospital, London – a 1,000-bed hospital with an international reputation for excellence – as Director of Finance and Information. The father-of-three rejoined the Ipswich Hospital as chief executive at the end of September 2002.

Paul Forden today said: “I am extremely pleased to have been invited to come. The Norfolk and Norwich University Hospital is an outstanding hospital with outstanding staff and we will work to make sure it gets the recognition it deserves.”

Norfolk and Norwich University Hospital NHS Trust chairman David Prior said: “We are delighted that someone of Paul's calibre and experience has agreed to be seconded to us on an interim basis whilst we work to recruit a permanent chief executive. I have no doubt that he will make a big impact and I am very much looking forward to working with him.”

Ipswich Hospital NHS Trust chairman Christine Smart said: “Paul is being seconded to the Norfolk and Norwich for six months and I am convinced he will be a great asset to them in that time.”