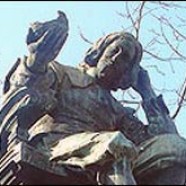 Events marking the 400th anniversary of the birth of Sir Thomas Browne are being celebrated in Norwich on October 19th and 20th with a two-day programme organised by the Norwich Medico-Chirurgical Society and UEA Department of History.

Thomas Browne was a Norwich physician and one of the foremost thinkers and authors of his time, fluent in six languages, and famous across Europe for his prose writing, most notably Religio Medici (The Religion of a Physician).

He was born in London on 19th October 1605 and educated at Oxford, Leiden, Montpelier and Padua, and moved to Norwich in 1637, living in Orford Place just off The Haymarket. Today a statue of Sir Thomas stands in the Haymarket.

He married Dorothy Mileham of North Burlingham, Norfolk, in 1641 and they had 12 children. He enjoyed a close association with Norwich Cathedral and the church of St Peter Mancroft, where he was buried. He was knighted by Charles II in 1671 and died in Norwich in 1682.

The celebration of the 400th anniversary of his birth marks his life and works. An academic symposium has been organised, at which there will be several keynote presentations. Other events include an exhibition in the Norfolk Archive Centre, a choral concert in the Cathedral, and a service of thanksgiving in St Peter Mancroft church.

Retired N&N consultant Mr Barry Ross, who has been involved in organising the fourth centenary events, said: “Sir Thomas Browne may not enjoy the fame he once had but there is no doubt he was a truly remarkable man by any definition. It is fitting that Norwich should host a series of events to mark such a notable figure from Norwich's past.”

More information about the Sir Thomas Browne anniversary are available from our Events page.