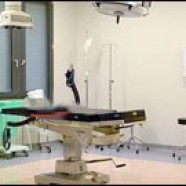 A survey of 200 patients who recently had operations at the Norfolk and Norwich University Hospital has revealed very high levels of satisfaction with the anaesthetic service they received.

Two hundred adult patients who had an operation at the NNUH in the last two weeks of September 2005 were included in the sample and a total of 135 completed surveys were returned (a 67 per cent response rate).

Anaesthetists are fully-qualified doctors who undergo at least six years of training and are found in a wide variety of hospital departments. Apart from putting patients to sleep before operations, they also run intensive care units, pain clinics and manage pain relief during labour.

The survey results highlight the high quality service they provide. One area already being improved on and highlighted by the survey is post-operative nausea and vomiting (PONV) which is one of the most common side effects of surgery. Large-scale studies have shown that up to 37 per cent of patients suffer nausea and 20 per cent suffer vomiting.*

“These results are very encouraging and are a great tribute to our anaesthetic and pain teams who really do a great job. To get a result of 92 per cent satisfaction for post-operative pain relief is exceptional work on the part of our pain team.

“As a result of the feedback we have added new therapies to prevent PONV since this survey was carried out, and we plan to repeat the survey to see whether our management of this particularly difficult issue has improved from the patients' perspectives,” said consultant anaesthetist Dr David Wilson-Nunn.

“All treatment from top to bottom was very good. The best hospital I have ever been in.”

“From my point of view everything was perfect and I would never worry about coming in for an operation.”

“The anaesthetist was excellent. He took my medical condition very seriously before the op and visited me several times afterwards to check on my progress.”