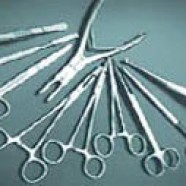 Betty Taylor, from Gorleston, suffered such horrific injuries in a head-on car crash that her surgeons feared she would never walk again. But the medics had not reckoned on her determination to get back on her feet.

Following extensive surgery to repair fractures in her feet, legs and pelvis, she spent 10 weeks in hospital and worked tirelessly get her muscles back into shape. Each day she would spend at least four hours a day on a CPM (Continuous Passive Movement) machine and was eventually able to walk with the aid of two sticks.

Since the accident in 1998, Betty has raised thousands of pounds for orthopaedic research and in June she returned to the hospital to present a new CPM machine to help more patients benefit from this type of therapy. “I owe so much to the team who helped me to recover after my accident that I'm happy to help them in any way I can,” she explained. “I had the best of care from the physiotherapists but the CPM machine is brilliant because it does most of the work for you – without it you would need a physio on hand continuously to help you bend and stretch the legs.”

Half the £2,600 cost of the equipment was raised by another grateful patient, Terry Wickham, who donated the profits from the Golden Years evenings at the UEA.

The rest was raised during sixties nights organised by Betty's husband, John, a bass guitarist with a band called The Strangers.

Orthopaedic surgeon Mr John Nolan, commented: “Betty sustained awful fractures in the crash – I spent a Saturday putting her legs back together and AD Patel then fixed her pelvis. We really thought there was a very good chance she would never walk again. She is, however, a remarkable lady and not only did she get back on her feet and walk but went on to make large amounts of money in the Great Hip and Knee Walks for the benefit of orthopaedic patients. She has continued to raise funds ever since.”