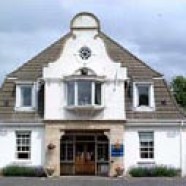 Views are being sought on a proposal to change the opening hours of Cromer and District Hospital's Minor Injuries Unit (MIU).

The unit is currently open seven days a week from 8am to 10pm but a recent audit of the unit has shown that very few patients actually use the MIU between the hours of 8pm and 10pm.

Over a twelve month period (April 2005 to March 2006) the audit looked at the number of people using the MIU between those hours and, on average, just one person uses the service over those two hours (449 people over the course of the year divided by 365 days = 1.2 people between 8pm and 10pm).

It was also clear that those patients who did come to the unit during that time had developed their health problem on average between one full day to half-a-day before attending the MIU.

As a result it is proposed to change the opening hours to 8am to 8pm, open seven days a week, 365 days a year. This change will not lead to any reductions in MIU staffing and will have the added benefit of ensuring there are more nurses available (three nurses instead of two) at the busiest times of day i.e. in the morning and around lunchtime. This should lead to even shorter waiting times for MIU patients.

We are consulting on this proposal until August 25, 2006 and people can make their views known on changing the MIU opening hours to 8am to 8pm by writing to: