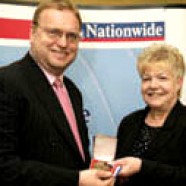 UNKPA (the United Norwich Kidney Patients' Association) is celebrating ten years of providing holidays for renal patients by doubling the number of patients travelling to Holland for their annual summer break.

The Jack Pryor Renal Unit at the Norfolk and Norwich University Hospital is the only one in the country to make this possible for kidney patients.

The first of two groups will be setting off by coach from the Norfolk and Norwich University Hospital at 7am on Friday 18 August, accompanied by UNKPA's hard-working chairman, Sandy Lines. The second group will follow in three weeks' time.

Sandy. a dialysis support worker at NNUH, received a regional award for her voluntary work for UNKPA from the Nationwide Building Society in July, after being nominated by the wife of a former patient, Phyllis Hale from Mundsley. As chairman of UNKPA , Sandy has been organising holidays for patients since the very beginning, with the help of a 'wonderful' committee.

The trips to the Netherlands are much appreciated as it means patients and their partners can enjoy all the benefits of being on holiday, while continuing to receive lifesaving dialysis treatment at the Port Zelande health centre.

“The trips are hard work and take a lot of organising but it's worth it to see people blossom and enjoy themselves in such lovely surroundings,” said Sandy. “One patient even managed to go swimming for the first time in his life.”

This year, to celebrate the anniversary, a second trip to Holland is being funded with the help of financial support from the NNUH endowment fund.

“Each trip costs a total of £18,000 and we have to limit the numbers to a maximum of 40. It's horrible turning people down for medical or cost reasons but this year, for the first time, we are able to take everyone who is well enough to go,” said Sandy.

Notes for editors
The picture shows Sandy Lines receiving her award from the Nationwide Building Society at Dunston Hall in July.