Staff first in NHS to launch pennies from heaven 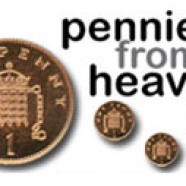 The Norfolk and Norwich University Hospital NHS Trust is pleased to announce an innovative new way for staff to donate small change to East Anglia's Children's Hospices (EACH).

Norfolk's largest hospital trust has become the first in the NHS to set up a scheme for staff to donate the spare pennies from their monthly salaries to a nominated charity of the year.

And staff at the Trust, which employs 5,500 people, have voted for East Anglia's Children's Hospices (EACH) to become the Trust's official charity for 2007 through the Pennies from Heaven donation scheme. The scheme will start from January 1 2007.

The Pennies from Heaven scheme works through staff opting in to the scheme and donating, on an ongoing basis, the pennies, up to maximum of just 99p per payslip, left on their payslips to benefit EACH. All donations are also Gift Aided.

East Anglia's Children's Hospices at Quidenham currently cares for 90 life limited children and their families in Norfolk. They offer hospice respite care, community palliative care and family bereavement support. EACH aims to make the most of precious time and enable each child to reach their full potential.

Pennies from Heaven is being offered across the rest of the NHS over the next two years. It enables workers to donate spare pennies from their income to charities by rounding down net salaries of individuals who join the scheme, to the nearest pound with the spare pennies being donated to a nominated charity. The most anyone can give per payslip is £0.99.

The scheme started in 1999 and to date has raised over £700,000 for more than 40 charities. The pennies really do add up. If all NHS staff donated over £8.6m per year would be raised for charity.

Interim hospital chairman David Wright said: “We are delighted that as a major local employer our staff will soon be able to donate money in a simple way and benefit the important work of a local charity.”

“It really is a simple scheme and I know very few people who would miss the pennies from their payslip. This is a fantastic opportunity for the NHS to raise millions of pounds for the charity sector and make a real difference” says Kate Frost, Director of Pennies from Heaven.

'We are absolutely delighted that staff at the Norfolk and Norwich University Hospital has chosen to support us this year. The beauty of the Pennies from Heaven scheme is that individuals won't miss the few pence from their monthly salary yet their contributions can make such a huge difference to many local families,' said Melanie Chew.