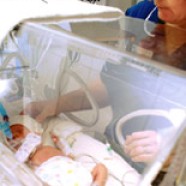 The neonatal intensive care unit at the Norfolk and Norwich University Hospital has reopened after screening for non-MRSA Panton-Valentine Leukocidin (PVL) positive S aureus confirmed almost all the six babies affected are no longer carrying the organism.

During December a total of seven babies were found to have had the bug; six were carriers of it, and one premature baby boy who sadly died on December 11 was found to have had a Panton-Valentine Leukocidin infection. Five babies currently on the neonatal unit were carriers of the organism and one baby who had been discharged from the unit was also a carrier. No staff have tested positive for the bacterium.

Laboratory tests have confirmed that almost all the babies on the unit and the baby who was discharged home last month are no longer carriers of the bacterium after undergoing a programme of treatment. One baby remains positive as a carrier and will undergo a second course of treatment whilst being cared for in a single isolation room.

Consultant microbiologist Dr Judith Richards said: “This cluster of cases was picked up very early by our microbiologists and was contained quickly. The decolonisation treatment that the babies have been having has been successful in all but one case and we believe a second course of treatment will be effective for the baby concerned.

“We have also contacted all but two of the families who had babies on the unit between 22 November and 19 December. We are confident that this cluster of cases has been successfully limited and the babies affected are now fine from the point of view of this organism. Over the coming weeks we will be undertaking a review to see if the precise cause of the outbreak can be identified but based on the evidence we have there may not be a definitive answer.”

The cluster of PVL cases was the first to be seen in the 28-cot neonatal unit at the Norfolk and Norwich University Hospital. The particular bacterium identified was a rare strain of Staphlyococcus aureus (S. aureus) but was not the same MRSA-related strain that has been seen recently in the West Midlands.

Panton-Valentine Leukocidin-positive S aureus has been seen in the UK before a small number of cases reported,  usually  in the community rather than a hospital setting. It can be treated with antibiotics.

The infections are caused by strains of S. aureus which carry a toxin (PVL) that destroys white blood cells. The toxin is carried by less than two per cent of S. aureus.