MRSA cases fall by a quarter at NNUH 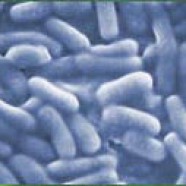 The Board of the Norfolk and Norwich University Hospital NHS Trust will tomorrow hear that the number of MRSA cases at the trust's hospitals has fallen by a quarter over recent years.

A clinical audit of patients presenting with bacteraemia MRSA at the trust's hospitals has also confirmed that around 80 per cent of patients seemed to have acquired this infection prior to coming into hospital. The focus on reducing healthcare-associated infection further now extends to develop screening services with primary care to identify affected patients before they are admitted to hospital.

Director of Infection Control and consultant microbiologist Dr Judith Richards said: “We are pleased to see that the extensive work we have been doing over the years, and continue to do, to limit the spread of healthcare associated infections is reflected in the fact our hospitals continue to have among the very lowest rates in East Anglia. We are working with primary care to address that fact that the majority of people we now see with infection seem to be community-acquired.”

Methicillin Resistant Staphylococcus Aureus (MRSA) is a close relation of the Staphylococcus organisms that often live on people's skin. Staphylococcus carriage is not uncommon and nearly a third of the population in the UK carry it on their skin or in their nose.

MRSA is a close relation of this bacteria and is resistant to some antibiotics. Most people will be unaware they carry it but they can easily pass it on. That’s why we ask everyone visiting our hospitals to wash their hands thoroughly usign soap and hot water and also the alcohol gels we provide.

Most people found to have Methicillin Resistant Staphylococcus Aureus (MRSA) will remain well. It will not cause them to be ill and does not cause problems for healthy people. These micro-organisms normally only cause a problem if they enter cuts or wounds. They can be a common cause of boils or minor skin infection.

MRSA can be a problem in hospitals where there are patients with wounds and who may have a poor ability to fight infections. MRSA can be treated by some antibiotics but not others. It is not the case that MRSA cannot be treated.

MRSA will generally only become a serious problem when it occupies open wounds, particularly in those patients whose immune systems are already under strain either through disease, or general debilitation.