Hat-trick of awards for communications team 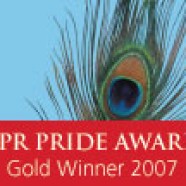 The CIPR awards in the East Anglian finals were held in Ipswich on December 5 and the hospital team won Gold in the following categories:

The CIPR award wins follows success for the NNUH team in October in the Association of Healthcare Communicators awards. The hospital team won the AHC awards in the categories of:

Head of communications Andrew Stronach said: “Winning these awards is a fantastic achievement and is a real tribute to the small but excellent team we have. It is ever more important that the NHS communicates well with the public and media and these award-winning projects all involved communicating important, complex and difficult issues.”