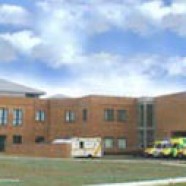 Life at one of the country's busiest A&E departments will this week feature in a new eight-part BBC documentary that has followed remarkable tales of survival.

The series, Bizarre ER, has been filmed over five months at the Norfolk and Norwich University Hospital, and features some extraordinary stories. The A&E at NNUH treats more than 75,000 patients a year.

The first programme, broadcast on February 14 on BBC3 at 10.30pm, features a pole dancer who fell off her pole; a teenage golfer who smashed the ball into his girlfriend’s teeth, and a man who fell into an industrial cement mixer. The series is narrated by Freema Agyeman, who plays medical student Martha Jones, in ‘Doctor Who’ and ‘Torchwood’.

Bizarre E.R.’s cameras spent five months at the A&E Department of the Norfolk and Norwich University Hospital, waiting for the medical cases that were truly bizarre, then followed them from admission through the treatment process, up to the point of discharge.

Future episodes include a fisherman who’s had an anchor swung into his groin; an arm-wrestling session that ends with a bone being snapped; and an oil rig worker airlifted from the North Sea when he swallows a toothpick.

Bizarre E.R. offers an eye-watering insight into human ingenuity and our relative indestructibility. It also pays tribute to the unshockable NHS doctors and nurses who cope with the most testing situations with unflinching professionalism and great good humour.

Mixed in with the fly-on-the-wall footage and interviews are specially created animations which reconstruct some of the accidents we feature, and fascinating accident-related facts and statistics. Viewers will learn that golf causes more injuries each year than martial arts and boxing combined; and reveals the hidden dangers of the frozen crumpet.

The eight part series has been made by Maverick Television.