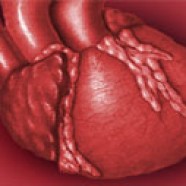 A £1 million “people's appeal” will be celebrated on June 24 with the official opening of a new angiography suite at the Norfolk and Norwich University Hospital for heart patients that was made possible by the Balloons4Hearts appeal.

In 2005 the Norfolk and Norwich University Hospital announced plans to provide coronary angioplasty – a technique to widen the arteries to the heart using a catheter passed into a blood vessel in the groin or arm. Once the catheter is in place, a tiny balloon is passed through the centre of it and gently inflated to widen the artery leaving a small stent in place.

The new angioplasty service, also known as Percutaneous Coronary Intervention or PCI, would mean that local patients would no longer have to travel to Cambridgeshire for such treatment but could have treatment much closer to home.

The Balloons4Hearts appeal was launched by the Norfolk Heart Trust in August 2006 and aimed to raise £1 million for a second angiography suite at the Norfolk and Norwich University Hospital.

The appeal prompted a tremendous response from the public as well as many members of staff. The angio suite is now commissioned and working and more than 90% of Norfolk patients are having PCI at NNUH.

Consultant cardiologist Dr Leisa Freeman said: “We have been overwhelmed by the public response to the appeal and thanks to the generosity of everyone involved, a thousand people a year will benefit from this treatment. The official opening is our chance to mark this tremendous outcome”.

The official opening of the new angiography suite takes on June 24 at 18.30. The Angiography Suite is on Level 3 of the East Block.