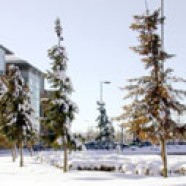 Staff at the Norfolk and Norwich University Hospitals NHS Foundation Trust are wishing the public a healthy and happy New Year as they reflect on some of the quirkier aspects of 2008.

The NNUH and Cromer Hospital treat a total of more than 650,000 patients over the course of a year and hospital information analyst Tim Hankey's select review of 2008 shows:

People with a total of 52 different religious faiths were treated at NNUH over the year (up from 48 in 2007).

Of all the babies delivered by NNUH staff in 2008:

More boys than girls were born in 2008 with 52% boys and 48% girls. And the busiest day for the NNUH maternity department was 26th September 2008 with 27 babies delivered.

And the morning is the busiest period of the day for Accident and Emergency with the peak time for attendances falling between 10am and 11am. During 2008, 27 per cent of people who came to A&E were admitted to hospital.

A Happy, healthy and safe, New Year to all……