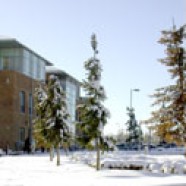 A junior doctor will be swapping his stethoscope for a pair of handcuffs when he hits the streets of Norwich as one of Norfolk Constabulary’s new Specials.

Drew Welch, 25, from Norwich, currently works at a Great Yarmouth GP surgery as part of his junior doctor training with the Norfolk and Norwich University Hospital.

But as from Sunday (February 8th) while his day job will be to treat patients, his night job will be to help tackle crime in the Force’s Norwich City district.

“It is about doing something completely different from what I do at the moment,” said Drew.
“It is something that I have wanted to do for a long time but I’ve never had the chance until now.”

Drew is originally from Northampton but moved to Norwich in 2002 to study for his medical degree.

He is 18 months into his junior doctor post and has so far trained in an array of areas including general surgery, general medicine, diabetes and orthopaedics. He also offers his expertise to student paramedics at the UEA.

“Working in the medical profession can often seem to take over your life,” he added.
“But it has allowed me to learn transferrable skills and gain experience in dealing with challenging situations.
“I have thoroughly enjoyed training to be a Special. I’ve had the chance to meet like-minded people from other walks of life who want to volunteer and work hard to achieve their individual goals through the police.
“The training I received has been very rewarding and I was very impressed by the quality of the theoretical and practical sessions. It is a step I would encourage anyone with a bit of time on their hands to take.”

Drew is keen to stress he will not let his work in one profession impact on the other.

“Anything a patient tells me as their doctor in confidence has to remain that way,” he said.
“Similarly if I arrested someone and I had to look after them in hospital soon after, I would preferably get another doctor to treat them in the same way as I would do for friends and family members.”

The group have undergone seven weekends of training seeing them studying various aspects of policing including crime scene and road traffic management, statement taking and diversity and human rights issues.

Manager for the Special Constabulary for Norfolk, Sue Goode, said: “I am very pleased for another group of Specials to be attested. They are looking forward to assisting their regular colleagues in the Safer Neighbourhood Teams around Norfolk. We are always looking for new volunteers to take up the challenge of becoming a Special Constable in their local communities.”

Special Superintendent Malcolm Pearson, said: “I am pleased to welcome the new officers to Norfolk’s Special Constabulary and am sure they will find the role enjoyable and rewarding. One of the strengths of the Special Constabulary is that its officers have a wide variety of skills and experience gained outside the Constabulary to bring to the role.”