Bondi to the Broads with new skin cancer test 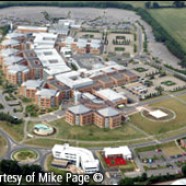 Doctors at the Norfolk and Norwich University Hospital are the first in the East of England to offer melanoma skin cancer patients a more accurate and less invasive test called sentinel lymph node biopsy.

A team of specialists from plastic surgery, dermatology, nuclear medicine, pathology and radiology has introduced a sentinel lymph node biopsy service for melanoma skin cancers. Sentinel lymph node biopsy is a technique that is routinely offered in the major cancer centres of Australia, USA and Western Europe – the Norfolk and Norwich is the first hospital in the East of England to offer it.

If someone is found to have a melanoma, then their doctor needs to check how deep it is. The depth of the melanoma in the skin affects how likely it is to come back and whether it may spread. If the melanoma cells are only in the surface layers of the skin then the melanoma is very unlikely to have spread anywhere else.

One of the best ways to check whether or not the melanoma has spread is to examine lymph nodes near the site of the melanoma. Traditionally, patients would have to regularly attend clinic and their doctor would feel for enlarged lymph nodes and the cancer would often grow to a large size before it could be detected. Sentinel lymph node biopsy works more accurately by having a radioactive dye injected into the area. A gamma probe is then used to look for the first lymph node the dye reaches. This is the sentinel lymph node.

The lymph node is then sent to the hospital's cellular pathology laboratory to see if it has any microscopic deposits of cancer cells inside. It takes two weeks for the results. If any melanoma cells have broken away from the tumour, they are most likely to get trapped in the sentinel lymph node. If the sentinel node does not contain any cancer cells, the patient will not need to have any other lymph nodes removed and the patient can be reassured that their prognosis is very good.

If the sentinel lymph node contained melanoma cells though, the patient will need another operation to remove the other lymph nodes in the area because they may also contain melanoma cells. Detecting the spread to the lymph nodes at a very early stage has been shown to substantially increase the patient's chance of survival.

Mr Moncrieff spent a number of years working at Australia's Sydney Melanoma Unit and the Sydney Head and Neck Cancer Institute and he said: “Skin cancer is a major health problem in Australia and melanoma tends to affect people of working age. In Sydney, one of the first things patients will say to you is 'Can I have the sentinel node test please?' Excellent teamwork means we can now offer this service in Norfolk”.

Gail Adams, 39, of East Ruston, near North Walsham, has had sentinel lymph node biopsy at NNUH and said “I was offered an appointment with Mr Moncrieff within a few days. The sentinel lymph node biopsy process was explained very clearly to me, including a background of Sydney patients' views on the process. I was happy therefore to agree to this very proactive process'

'I found I was communicated with and kept informed at all times and I am extremely grateful to all for the care and understanding I was given. My huge thanks to Mr Moncrieff and all staff. '

Dr Garioch said; “We are delighted to be offering sentinel lymph node biopsy and it's as a result of brilliant partnership working between a large number of clinical specialties. Skin cancers caused by melanoma have been rising in this country for the past 30 years and prevention is always better than cure so everyone should remember to protect themselves from the sun.”