NNUH to raise awareness of the dangers of thrombosis 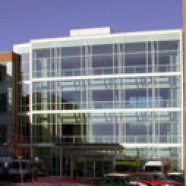 This week is National Thrombosis Week (11th – 15th May 2009) and in a bid to raise awareness of this condition the anticoagulant nurses and doctors at the Norfolk and Norwich University Hospital (NNUH) will be on hand to answer questions on how we can all play a part in preventing thrombosis whilst in hospital.

This awareness also forms part of a national Stop the Clot campaign which was launched earlier this year.

Thrombosis has been – and remains – a major cause of death in the United Kingdom yet astonishingly, this fact is not widely known. Most people have little or no understanding about the causes and effects of thrombosis, and how it can be prevented. Every year, an estimated 25,000 people in England die from venous thrombosis (also called venous thromboembolism or VTE) contracted in hospital. Most people affected by thrombosis are older, but anyone can suffer from thrombosis, occasionally even children and babies.

Some facts about thrombosis:

* Up to one in every 1,000 are affected by venous thrombosis in the UK each year
* Up to one in ten people who suffer a pulmonary embolism will die if not treated
* Around one in every 1,000 women develops thrombosis during pregnancy, which can lead to related long-term
health problems
* One in three surgical patients can develop a DVT if no preventative measures are given
* Venous thromboembolism – or VTE – is the most common cause of hospital deaths in the UK that can be prevented

Thrombosis can happen to anyone and is often a 'silent' medical condition with no obvious signs or symptoms. It doesn't discriminate and can affect people of any age or sex. It can very easily be confused with less serious conditions – a clot in the leg can be mistaken for a sore leg muscle. But thrombosis is a leading cause of death in the United Kingdom, yet most people have little or no understanding about its causes and effects and how it can be prevented.

The Stop the Clot is an educational public awareness campaign to highlight the risks of developing a blood clot whilst in hospital and how simple it is to prevent this.

* Hospital acquired blood clots are the biggest single cause of preventable death in UK hospitals; more than the total combined deaths per year from breast cancer, AIDS and road traffic accidents and more than 25 times the number who die from MRSA
* Hospital acquired blood clots can be prevented by a simple and painless risk assessment as recommended by the government
* Always remember to ask your ward doctor or nurse for a blood clot risk assessment for you or a loved one.
* The Stop the Clot campaign is an educational public health awareness campaign developed through the partnership of the charity AntiCoagulation Europe (ACE) and sanofi-aventis

Dr Jennie Wimperis, Consultant Haemotologist, stresses that “At the NNUH we are taking the prevention of hospital acquired thrombosis very seriously and will be carrying out the extremely important thrombosis risk assessment on all patients admitted to the hospital so that we can take appropriate action.

However, it is vital that we have patient involvement in understanding the problem of thrombosis so that they can take measures to reduce their own risk such as keeping well hydrated, not crossing their legs and keeping the blood flowing in the legs by flexing their feet upwards at regular intervals and getting mobile as quickly as possible and to continue this once they have left hospital – the risk can persist for up to 4 weeks.

Patients can also help in prompting healthcare staff to be aware of the problem doing the risk assessment and taking appropriate action”.

The specialist team will be on hand in the West Atrium on Wednesday 13th May between 11.00am and 2.00pm to answer any questions and generally raise awareness amongst both patients and staff alike.