Walk of remembrance for bereaved parents 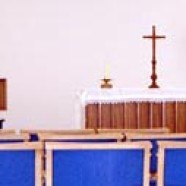 On Sunday 7th November 2010 the chaplaincy team at the Norfolk and Norwich University Hospital (NNUH) will be supporting bereaved parents in a walk of remembrance. Rather than a service, as in previous years, parents are being invited to involve themselves in various activities in the chapel area which we hope will help them as they remember their child.

Both these sessions are held in conjunction with the Norwich Stillbirth and Neonatal Death Society (SANDS) and the hospital chaplaincy and is a time when parents and families can come together for mutual support and comfort as they remember the babies that they have lost. At the sessions the books of remembrance will be on view and there will be a chance to talk with other parents, any of the Chaplains, Sally Spears the representative of SANDS and Mrs Irene Howard who does the calligraphy for the Book of Remembrance.

Anyone who has lost a baby and their family and friends are welcome to these services and there will also be an opportunity for individual acts of remembrance.

Sally Spears of Norwich SANDS said: “As a bereaved parent myself I find that a service of this kind not only recognises that my baby had a life and is still remembered, but also gives me a chance to meet other families who have been in the same situation”.