Breathe Easy, Norwich urges you to get tested 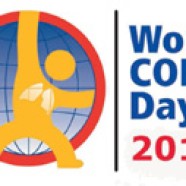 Support group Breathe Easy, Norwich will be supporting the British Lung Foundation’s World Chronic Obstructive Pulmonary Disease (COPD) Day on Wednesday 16th November 2011 by making the people of Norfolk aware of COPD, which is one of the UK’s biggest killers.

To raise awareness of the day the group will be holding an information stand at Norfolk and Norwich University Hospital (NNUH) in the East Atrium on Wednesday 16 November.

COPD is an umbrella term for a number of conditions including chronic bronchitis and emphysema. It is a progressive, irreversible lung disease yet it is both preventable and treatable and early diagnosis and treatment can slow the progression of the illness.

Paula Browne, NNUH Respiratory Nurse Specialist says “We want to encourage anyone locally who thinks they may have symptoms of COPD or who are concerned about their lung health to visit the stand and to find out more information visit the BLF website to take a breathe test to see if you are at risk of COPD. There are nearly three million people out there who might have the disease and we want to catch them early enough so they can be treated”.

The British Lung Foundation is calling for anyone who is displaying symptoms such as a persistent cough, wheezy chest or is a smoker or ex-smoker and over the age of 35 to be offered a lung function test by their GP.

Breathe Easy Norwich is part of the British Lung Foundation’s support network which provides support to people affected by lung diseases and their carers.

1. COPD is the umbrella term for a number of lung conditions including chronic bronchitis and emphysema. It kills more people every year than breast, bowel or prostate cancer.

2. Chronic Obstructive Pulmonary Disease (COPD) is a progressive, irreversible lung disease. It is both preventable and treatable. Early diagnosis and appropriate treatment can slow the progression of the illness.

3. The UK faces a chronic lung disease time bomb. COPD is already the fifth biggest killer in the UK and it is only major cause of death whose incidence is on the increase.

4. COPD is caused by smoking or by exposure to environmental pollution and to hazards at work such as dust, fumes and gases. In a very small number of people it is caused by a genetic deficiency.

7. One person in every seven in the UK is affected by lung disease – this equates to approximately 8 million people.

9. Respiratory disease now kills one in five people in the UK.

10. The UK’s death rate from respiratory disease is almost double the European average and the 6th highest in Europe.