NNUH makes no bones about it 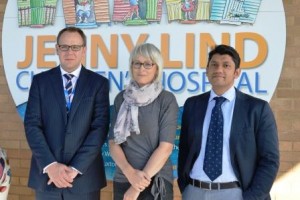 The Norfolk and Norwich University Hospital has developed the largest paediatric orthopaedic department in the region.

The expansion is the result of eight years development led by Rachael Hutchinson, Paediatric Orthopaedic Consultant after her appointment in 2007. Rachael Hutchinson said: “Two things convinced me and my family to make the move to Norwich eight years ago. One was the opportunity for me to return to my hometown where I had spent 18 years prior to going to university. The other was the opportunity to build a paediatric orthopaedic service for our region so that local children could be offered the highest quality treatment close to home rather than being forced to endure long distance travel to access treatment. Having grown up locally, I was aware of the geographical restrictions for patients in the East of England and the difficulties in accessing hospitals outside the region. I saw an opportunity to link the region’s hospitals all of which had areas of expertise to build a large integrated unit rather than risk losing multiple small services to centralisation of care outside our area. “

The service development has involved developing new pathways of care between and within hospitals, education programmes for nurses, physiotherapists and doctors and recruitment development within physiotherapy and nursing as well as orthopaedics.

Rachael Hutchinson said: “My appointment started the process by linking the NNUH with the Queen Elizabeth Hospital, Kings Lynn. We then worked towards a link with James Paget Hospital, which resulted in the appointment of Mr Anish Sanghrajka in 2012. This year we have developed the service further to support Ipswich Hospital, resulting in the successful recruitment of Mr Graeme Carlile into a consultant post linking NNUH with Ipswich Hospital.”

Although based at the NNUH, each consultant holds clinics and day case surgery lists at the satellite hospitals to provide local care where possible, only transferring the patients to the NNUH when necessary. This is not only better for patients but also allows the local hospital to maintain a level of paediatric orthopaedic expertise with ancillary staff to deal with day to day issues whilst supported by the consultants centrally.

The service development has allowed parallel development of specialist clinics for congenital and complex problems. These include specialist clinics for limb reconstruction and cerebral palsy patients. The size of the team has also allowed development of a research programme and increased recognition of the unit nationally. As a result the department will also be hosting the British Society of Children’s Orthopaedics here in Norwich in 2017 due to its recognised status.

Rachael Hutchinson said: “This is a great achievement as we can now offer a comprehensive service for all children on the east side of the region up to Spalding and down to the south coast of Suffolk. I am passionate about ensuring we can offer a paediatric orthopaedic service for our region that enables children of all ages, wherever they live in the region, access to a high quality level of care without the need to travel long distances. This is especially important for children born with congenital orthopaedic problems and long term issues that would require regular and long term treatment.”

Mr Peter Chapman, NNUH Interim Medical Director commented: “At NNUH we pride ourselves on offering the best possible care to our patients and being at the forefront of healthcare developments. We are very fortunate to have such a skilled and dedicated team who have been able to develop and offer this kind of service to our patients. The team have a varied skillset between them which means that a broad service can be offered to our patients regionally as well as the consultants learning from each other.”