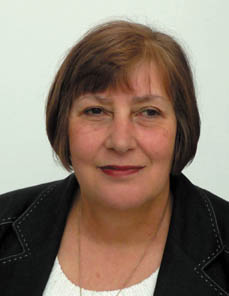 First elected in 2011, Evelyn was an active governor and supported the Trust in many activities including the quality assurance audit programme where she frequently joined health professionals to check on the quality of care provided to patients.

John Fry, Chairman of NNUH, said: “Evelyn was much loved and respected by her colleagues at the NNUH. We will all miss Evelyn and her ‘can do’ attitude. She was a very loyal supporter and an ideal governor, always thinking of others and what she could do to help.”

Evelyn, 68, was born in Johannesburg and spent her working life in advertising as a senior creative writer – writing copy for film, TV, radio and magazines, newspapers and working for the South African offices of some of the World’s leading advertising agencies, ultimately starting her own small agency in 1991. Evelyn and her husband William, moved to the UK in 1994 where they ran a retail furniture business in Stanmore, Middlesex. The company was sold in 2001 and the couple retired to Shipdham in Norfolk.

In 2007, Evelyn was diagnosed with cancer and underwent extensive radiotherapy and chemotherapy at NNUH.

William Hinks, her husband of 44 years, said: “Evelyn wanted to give something back to the hospital which saved her life and she stood for and was elected as public governor for Breckland which she found stimulating and rewarding. In October 2015 she was diagnosed with cancer again and this time it had spread to her liver.”