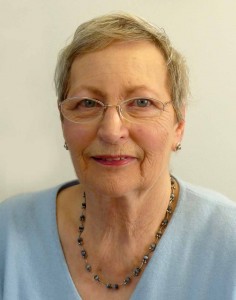 Hospital governor and retired nurse Pam Ford, who served the NHS in both roles for 44 years, has sadly died.

Pam, 84, worked as a nurse for 38 years, with the last 25 years being spent at the Norfolk and Norwich University Hospital (NNUH) as a clinical teacher, A&E sister and nursing officer. First elected as a governor at NNUH in 2010, Pam was active in the role and supported the Trust in many activities and also volunteered in the hospital’s mobile library service, taking books to patients on the wards.

John Fry, Chairman of NNUH, said: “Pam was highly respected by her colleagues at the NNUH, both as an experienced nurse and a governor. She gave her time freely and was very active in supporting our hospital up until the last few weeks of her illness.

Councillor Brian Watkins, who is also an appointed governor at NNUH representing Norfolk County Council, said: “Pam has made an immense contribution to the Norfolk and Norwich Hospital both as a nurse of many years standing, and more recently as a governor. Pam will be greatly missed by all who had the privilege to know her.”