Blow your whistle on oesophageal cancer 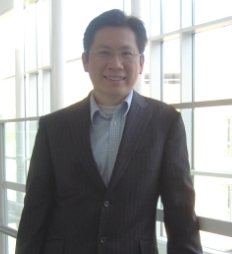 Patients who have survived oesophageal cancer are taking part in a ‘Blow your whistle’ awareness day at the Norfolk and Norwich University Hospital at 11am on Saturday 29th April 2017. The aim is to encourage this activity at all sporting events in future so that it becomes an established way to raise awareness for oesophageal cancer.

NNUH Consultant Surgeon Mr Edward Cheong said: “Oesophageal cancer is a very aggressive cancer that affects the gullet and it is vital that it is caught early when treatments are more likely to be effective. Many patients ignore the symptoms such as persistent indigestion, acid reflux and difficulty swallowing. We are launching this awareness campaign to encourage people to be aware of symptoms and seek medical advice at an early stage.

“This is the first event of its kind and we hope it will grow every year and become part of sporting events.”

NNUH is rated as one of the top units in the country for treating Oesophago-Gastric Cancer and one of the few units in Europe to perform totally minimally invasive oesophagectomy whereby the entire operation is done by keyhole surgery (laparoscopic and thoracoscopic oesophagectomy). The keyhole or laparoscopic surgery is less traumatic to the body allowing the patient to recover from a major complex cancer operation is significantly faster.

Symptoms of oesophageal cancer:
• difficulty or painful swallowing
• persistent indigestion or heartburn over 3 weeks
• loss of appetite and weight loss

Diagnosis:
If patients have these symptoms, they should visit their GP who can arrange for the patient to have a gastroscopy where a thin tube with a camera is inserted into the throat under sedation.

Treatment:
Earlier diagnosis means patients may be able to avoid lengthy and difficult treatments: three months of chemotherapy, then a seven hour long operation, followed by another 3 months chemotherapy once they are fully recovered from the surgery. Instead, the early cancer may be treatable by using a gastroscope to remove a very early cancer (also known as endoscopic mucosal resection), and then the rest of the area affected by Barrett’s oesophagus (pre-cancerous changes) is treated with radio frequency ablation to prevent it from reoccurring. This therapy is extremely successful and curative, and it is done under sedation as a day case procedure (which means the patient goes home the same day; this is very cost effective for the NHS and the patient)