Pregnant women to self refer to hospital midwifery service 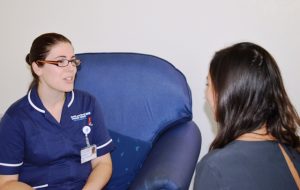 From mid-October, women will be able to self-refer to the midwifery service at the Norfolk and Norwich University Hospital, from six weeks of pregnancy, by completing an electronic form on the hospital’s website.

The form can be completed on a smartphone, laptop or tablet PC, and asks for details such as name and address, GP details and initial pregnancy details. The information is used to create a patient record which the midwife can access when the patient makes their first appointment.

Frances Bolger, Head of Midwifery, says: “We have run a pilot scheme with the new system in a small area of Norfolk and the feedback from both mothers and midwives has been positive. Other hospitals operate similar systems and it is part of the modernisation of IT across the NHS.

“This change will free up more time for midwives to spend with their patients by reducing paperwork. Paper forms can be requested where mothers have no access to a computer or smartphone but we expect these patients will be in the minority.”

In the past, women have been referred to hospital by their GP practice. GP practices are aware of the change and will be asking women to self-refer to the hospital when they make an enquiry or appointment related to pregnancy.

The new system is being rolled out in central Norfolk which makes up the catchment area for NNUH. The east and west of the county are covered by the James Paget University Hospital and the Queen Elizabeth Hospital respectively.