A major international research trial, which involved NNUH, has recommended a change that could improve care for premature babies.

Thirty-five babies at the Norfolk and Norwich University Hospital took part in the study, which has been published in a prestigious medical journal.

The PlaNet-2 study, which involved 43 neonatal units across the UK, Ireland and the Netherlands over the last six years, looked at giving platelet transfusions to premature babies.

Platelets are the cells that help the blood to clot. They are often given to babies with low platelet counts to try to prevent bleeding. However, doctors did not know the correct platelet count at which they should start giving transfusions to these babies.

The results, published in the New England Journal of Medicine, found that lowering the threshold and giving fewer platelet transfusions will prevent death or major bleeding in 7 out of 100 premature new born babies with low platelet counts (severe thrombocytopenia).

A total of 660 premature babies with low platelet counts took part in the study. Unexpectedly, they found that giving more platelet transfusions to babies at the higher platelet count was associated with a worse outcome, compared with only transfusing babies if their count dropped lower.

The results were presented at the Congress of the European Academy of Paediatric Societies in Paris on 2nd November.

Professor Paul Clarke, NNUH Consultant Neonatologist, welcomed the publication of the findings after NNUH was one of the top recruiters in the country to the study. 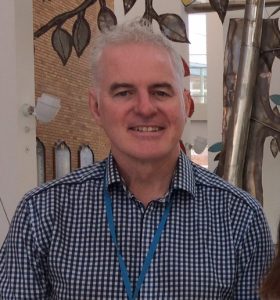 “We are proud to have supported this clinical trial from the very outset, with our early background work and input into the design of the study, right through to the recruitment of patients over many years.

PlaNet-2 is a landmark trial which has produced new findings relevant to the ongoing care of premature babies. The trial findings were unexpected, yet are very valuable for doctors and nurses caring for sick babies with low platelet counts because they should now guide proper management going forward. The results indicate that we should not transfuse platelets too readily to such babies, and that it is probably safer to withhold platelet transfusions unless and until the platelet count drops to lower levels than were previously accepted by many centres.

The results imply that by changing our practices and adopting the lower transfusion threshold, we will save lives and prevent the occurrence of some major bleeding in sick babies. We sincerely thank all the parents and babies who took part in the PlaNet-2 study, because without their involvement in this research we would not be able to advance our care of sick, fragile babies.”