NNUH Apprenticeships team is in the running for awards

The Apprenticeships team from the Norfolk and Norwich University Hospitals NHS Foundation Trust has been shortlisted for two national awards. 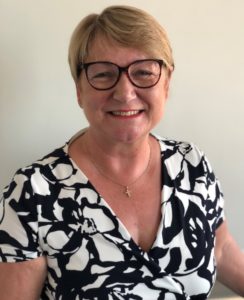 NNUH is on the shortlist for the Training Journal Awards for ‘Best Apprenticeship Programme’, and also through to the final of the National Apprenticeship Awards for the East of England ‘Macro Employer’ award, which they won last year.

Annie Cook, NNUH Career Development Co-ordinator (pictured), said: “We’re very pleased to be on the shortlist for these two awards as it highlights the great work the Trust does supporting apprenticeships, and also other access to work programmes such as the Prince’s Trust ‘Get Into’ programmes and the Sector Based Work Academy which feed into our apprenticeships.”

The National Apprentices Awards for the East of England final will take place on 11 September at Newmarket Racecourse.

The Training Journal Awards nomination is for “Growing our own skilled local workforce through apprenticeship career pathways” at the Trust.

The interview stage of the TJ Awards is on 9 September, with the winners announced at a Gala Dinner at the Tower of London in December.