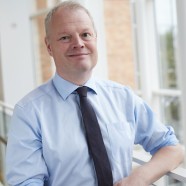 Sam started his career working with Unicef as a UN logistics officer co-ordinating the airlift of emergency supplies in Sudan followed by organising medical teams for a charity to assess the need for emergency relief in areas of Africa and Afghanistan.  He joined NHS London in 2008 after four years on the HM Treasury Health Spending Team and prior to that was a management consultant.