The Bereavement Midwife supports families who experience baby loss.  This role is part of the hospital’s commitment to the National Bereavement Care Pathway (NBCP) for pregnancy and baby loss backed by Sands (Stillbirth and neonatal death charity). This pioneering project aims to improve the overall quality of bereavement care for parents and families whose baby has died before, during or shortly after birth. 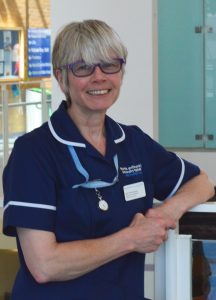 The bereavement midwife co-ordinates care for women and guide families through the formalities which need to be completed, including making visits to patients’ homes. This role also trains other staff to provide sensitive, parent-centred care, being a source of information on best practice.