The sky’s the limit for super fundraisers!

A group of family and friends who have raised more than £110,000 for charity have given a boost to the skin cancer research fund at the Norfolk and Norwich University Hospital (NNUH) by raising £11,000.

Since 2009 Leah Young and her parents Maurice and Diane Hammond have organised a range of events to raise money for the hospital charity . They decided to fundraise after Diane was diagnosed with breast cancer and was treated at NNUH. Leah was involved in a project called ‘Bare Faced Cheek’ and has raised £35,000 for the Breast Cancer Research Fund. She continued to support the hospital raising a further £20,000 for the Targeted Radiotherapy Appeal as her mum had received radiotherapy during her treatment. Diane has now been clear of cancer for five years.

They have now raised another £11,000 for the hospitals skin cancer research fund. The money will be put towards a fund to purchase specialist equipment for the skin cancer tumour unit.

The family runs air shows with their classic American wartime aeroplanes Hardwick Warbirds and run a hangar dance every July. They have also held a fireworks event and received donations at open days and from family, friends and visitors to the hangar and aeroplanes at Hardwick.

Louise Cook, Fundraising Manager at NNUH, said: “We are incredibly grateful to Leah, her parents and their friends for their continued support. Their efforts and enthusiasm to organise these fun events and raise so much money is inspiring. Every penny that goes to the hospital charity helps to improve the experience of patients in our care.”

Leah Young added: “The Skin Cancer Research Fund stood out to us because over the past 18 months, six friends and relatives have been treated for skin cancer.  It is well worth the effort of fundraising.”

“We like to support cancer charities as I think it affects everyone, directly or indirectly. There is always someone you know who has had or is being treated for cancer.
Leah added: “All of our fundraising couldn’t have be done with without the team of people we have at Hardwick, my parents and close friends who volunteer and dedicate their time and hard work to make it a success. Without them we wouldn’t raise nearly as much.” 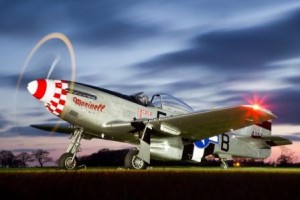