NNUH is the first NHS hospital in the Eastern region to carry out newly approved NICE procedure, UroLift, a permanent implant that has been shown to relieve symptoms of an enlarged prostate in men.

Mark Rochester NNUH Consultant Urological Surgeon explained: “Urolift implants hold back obstructing prostate tissue to open up the urethra and reduce obstruction. I travelled to Copenhagen last year to learn this procedure and to get this started at NNUH. The benefit to patients is huge from being able to get home quicker and reduced side effects and we’re able to carry out more procedures in a day.”

UroLift relieves urinary symptoms by pulling back the prostate tissue pressing against the urethra. The tissue is held in place by a suture anchored to the inside and outside of the prostate. To deliver the suture, a surgeon inserts the UroLift system into the urethra through a rigid sheath. The tip of the device is positioned in the area of the obstruction and used to push the prostate tissue out of the way. At that point, the surgeon deploys a needle from the device to deliver the permanent implant. The number of implants depends on the shape and size of the obstruction caused by the enlarged prostate.

Peter Clemens, 68 from Hunstanton, was one of the first NNUH patients to benefit from the procedure. From early-2015 Peter suffered frequent painful urine infections caused by an enlarged prostate which held at bay by daily antibiotics. Peter was initially a patient of the Queen Elizabeth Hospital, King’s Lynn and, after examining treatment options with his QEH consultant, ruled out long-term medications due to likely side-effects and opted for surgical intervention, with HoLEP (laser) or Urolift procedures at NNUH being favourites. Neither of the surgical options was available at QEH. Following a discussion with Mr. Mark Rochester, who had just introduced Urolift at NNUH, identified it as a very appropriate procedure.

Peter says “Urolift was my first choice option as it offered the least invasive treatment with much quicker recovery. It was done under sedation and took about 10 minutes in theatre plus 20 minutes post-op recovery. I was back to normal activities at home within four days as post-op discomfort eased quickly and I was able to cease the antibiotics within a week. I’m extremely pleased with the procedure and thoroughly recommend it to others”.

The new UroLift system takes approximately 10 minutes as a day case procedure with minimal risks compared to more than an hour for previous operations. This means that the new operation reduces theatre time and removes the need for an on average 2-3 day inpatient stay enabling the patient to go home afterwards, without a catheter. It is also possible to do the procedure under local anaesthetic in some cases, or even under sedation, which greatly aids recovery. The new style of surgery also avoids the common side effects of the previous traditional surgery of sexual and bladder function problems.

A study by the Journal of Urology twelve months after treatment saw men with the UroLift sutures had improved urine flow and were better able to empty their bladders. They also reported a decrease in their symptoms and an increase in their quality of life. 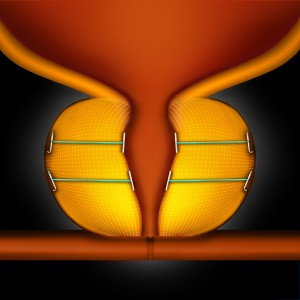