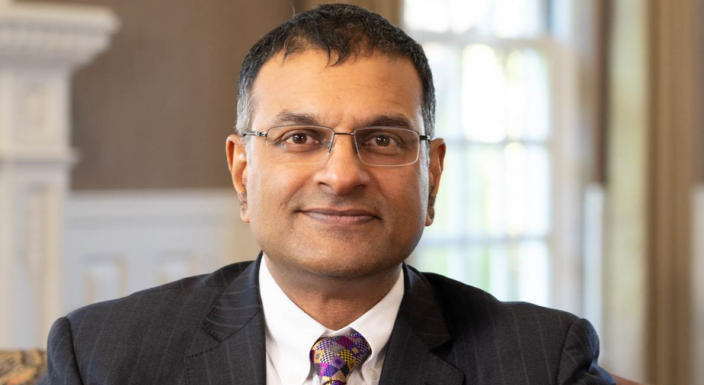 Consultant recognised as the world’s top expert for diabetic ketoacidosis

One of our consultants has been recognised as the world’s top expert for diabetic ketoacidosis – a condition which can prove fatal for people with either Type 1 or Type 2 diabetes.

Expertscape.com recognises Ketan Dhatariya, who works in our Elsie Bertram Diabetes Centre, as the leading expert in his field based on a number of factors including number of articles published in journals, as well as research and development.

“This is wonderful. I am really honoured to be identified as world number one. It is a real feather in the cap of the department and the Trust as well, ” said Ketan.

Ketan joined our hospital as a consultant in diabetes, endocrinology and general medicine in 2004, and became an Honorary Professor of Medicine at the UEA (University of East Anglia) in 2019.

He is a full time clinician with particular interest in inpatient diabetes – specifically regarding peri-operative diabetes care, the management of diabetes related emergencies, and the ‘diabetic foot’.

He leads one of the largest foot clinics in the East of England. He also holds a number of national roles: he is the Chair of the Joint British Diabetes Societies Inpatient Care Group where he has led or co-authored the national guidelines on the management of various aspects of inpatient diabetes care including the guideline on diabetic ketoacidosis.

Diabetic ketoacidosis is a condition that needs to be identified and treated very quickly because it can be life-threatening. This can be done by carrying out a simple finger prick glucose test on entry to emergency departments. Almost every patient coming into our emergency department will have this test.

Glucose is used by cells to create energy. The body uses insulin to transport glucose into the cells. If the body cannot create enough insulin or the insulin doesn’t work properly, fat is broken down and then converted into ketones in the liver to be used as an alternative energy source. This is called ketosis. This process also forms the basis of the Atkins Diet and Ketone diets.

Ketan is also one of the authors of the national guidance around the treatment of children and young people with diabetes. He has ensured there is national consistency in the way children are treated when they are first admitted to hospital or first diagnosed with either type of diabetes.

Hospitals across the country often differ in the way they define and divide care between children (paediatrics) and adults. If a young person is treated as a child but part way through their treatment turns 16 they may be moved to adult services and that can lead to a break in care. In other hospitals this might not happen until the person is 18. This inconsistency has led to young people falling through the net and not receiving the treatment they need in a timely manner.

“If a person with diabetes is admitted through paediatrics then they stay within that department for the length of that treatment, only moving to adult care in a planned way and when appropriate,” Ketan said.

Given his level of expertise, Ketan wants to turn his attention to the whole hospital improvement programme as he believes he and his consultant colleagues in the Elsie Bertram Diabetes Centre can review patients who are admitted to the hospital and who have diabetes as they may be better treated in the community or at home.

Ketan explained that one in five patients admitted has diabetes, regardless of whether they were admitted because of it.

“If you are in hospital and have diabetes, your stay is likely to be longer by at least a day, you will have higher risk of harms – however that may be measured – for example infections, heart attacks, going to the intensive care unit and needing ventilation. If we are able to manage the diabetes we could send the patients home earlier, so they receive ongoing care at home and we free up much needed beds.”