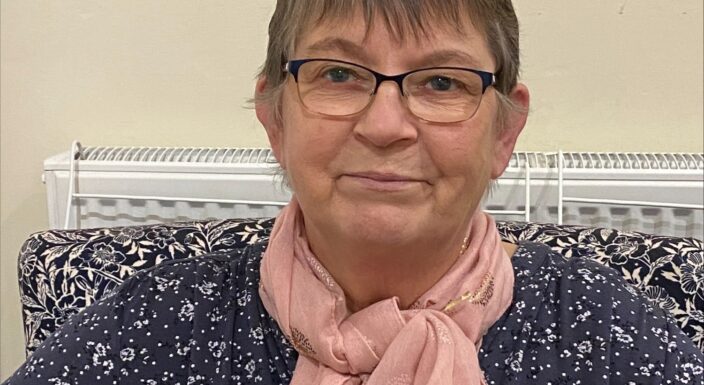 Forty-eight years after joining Cromer hospital at the age of 17, Sue Hayward is retiring from her role of Hospital Administrator.

Cromer born and bred, Sue has worked at the hospital since 1974 and this Wednesday, 25 January, will be her last day.

“My first job was as shorthand typist and then I became the secretary for the Building and Engineering Officers,” said Sue.

“Cromer hospital was very different back in the 70s. There was A&E, a high dependency unit, two adult wards and a children’s ward.

“A lot has changed and I’m very proud of how the hospital has evolved, especially with the recent creation of the North Norfolk Macmillan Centre and the development of all our out-patients services.”

From Gestetner duplicating machines (the predecessor of photocopiers), typewriters and big desktop computers to mobile devices and remote working – when it comes to technology improvements, Sue has a lot to tell.

“It’s amazing how things have changed in my work, but I always strived to give as much support as I can to the nursing and clinical staff,” she added.

“I always took pride in doing all the paperwork for my colleagues so that they could spend time with the patients.

“One of my fondest memories is about working in the ‘old’ Cromer & District hospital, there was a great sense of community and we all knew each other very well. Sometimes I did miss that closeness.”

One of Sue’s hobbies is crafting, sewing and selling items at local craft fairs. In 2020, with her daughter, she made face masks and face coverings for colleagues and raised over £1,000 which she donated to the North Norfolk Macmillan Centre via the Cromer Community & Hospital Friends 2020 Appeal.

In her spare time, she is secretary for Cromer Christmas Lights and volunteers with the Cromer carnival – her life post-retirement will continue to be busy.

“I love being able to give something back to the community where I lived all my life,” she said.

“I’m sure I won’t get bored. I also have two grandchildren who occupy most of my time. Come Wednesday I’ll be sad and I know I will miss my colleagues. But this is the right time to retire after I career I’m proud of.”

“I have known Sue since 1995 and she always had a wealth of knowledge on the site and colleagues,” said Anita Martins, Matron.

“She was the “go to person” for queries and support for everyone. Her knowledge of the history of the building and those who have worked at Cromer over the years will be missed in everyday conversations.”