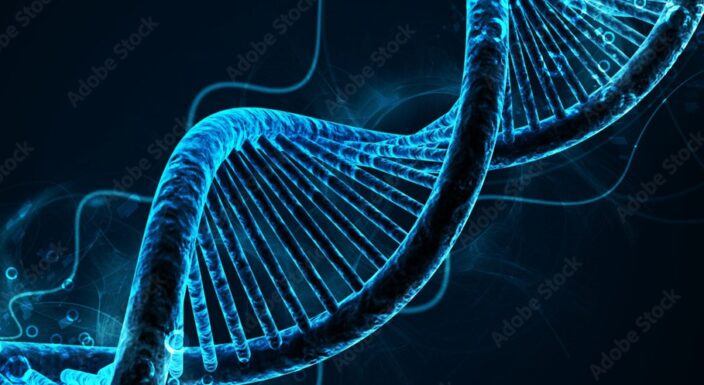 Harnessing the power of genetic testing to improve patient care

Our hospital Trust is playing a vital role in the delivery of genomic testing across the East to tailor treatments for patients according to their genetic makeup.

We are a key partner in the East Genomic Medicine Service Alliance (GMSA), which has been established to ensure eligible patients can benefit from appropriate genomic tests when required.

Genomics is the study of genetic information, which can help diagnose diseases earlier and more accurately. This can often reduce the need for some medical procedures and enables personalised treatments for some patients.

Emmanuel Ncube, Strategy Director, said one of the main aims of East GMSA was to make genomic testing more mainstream.

“In areas such as cancer, genomics can lead to earlier diagnosis and identify patients who would benefit from surveillance and use of targeted drugs and will lead to better patient outcomes. It is really important that we show the evidence base, data and the benefits for clinicians and patients for embracing genomics. We have the greenhouse and we need to ringfence the capacity and grow it.”

The regional genomics alliance works to ensure equal access to the nationally commissioned genomic tests set out in the National Genomics Test Directory, no matter where people live or which hospital they use.

Results from a genomic test can provide a specific diagnosis, for example a rare disease which is little known to clinicians, or the particular type of cancer that a patient has. Results may help provide accurate knowledge of how the condition might develop in the future and the treatment options available.

The alliance is an evolution of the 100,000 Genomes Project and is already helping patients with certain cancers and diseases.

Dr Mohamed Ahmed, Consultant Histopathologist at NNUH and Genomics pathology acceleration program (GPAP) Pathology Lead, within the East GMSA, said an audit of cases found that 94% of patients with colorectal cancer at NNUH were tested for Lynch Syndrome, which is an inherited genetic condition associated with an increased risk of certain cancers.

“Early detection has a huge impact on disease behaviour if caught early and may also have significant positive implications on health care resources,” he said.

Dr Hilary Turnbull, Consultant Gynaecological Oncologist, added that all endometrial cancers have been tested for mismatch repair genes (MMR) abnormalities for the last year at NNUH.

“If a patient is diagnosed with Lynch Syndrome after blood DNA testing, they are eligible for regular colonoscopy assessments to try to identify polyps, pre-cancers or early cancers of the bowel. A patient’s family members will also then be eligible for genetic assessment, to help identify those at risk of associated cancers. If a woman is found to have Lynch Syndrome, she is eligible for a hysterectomy to reduce the risk.”

Dr Vidya Srinivas, Consultant in Diabetes and Endocrinology at NNUH, is leading on a Monogenic Diabetes pathway for East GMSA to help raise awareness across the region.

“We now understand that diagnosing the type of diabetes is more complex than we thought a few years ago. Monogenic diabetes is caused by single gene changes that can be passed on from parent to child. There are close to 50 types of these rare mutations. This type of diabetes is quite rare and affects less than 3% of those with diabetes. However, if we think of how common diabetes itself is, this is quite a large number. Because it is not common, people with this type of diabetes can be mis diagnosed as having Type 1 or Type 2 diabetes. Testing is easy, with a blood test, and sometimes with a urine sample or buccal swab.

The diabetes caused by one of these changes can be very different to Type 1 or Type 2 diabetes. Diagnosis can sometimes be lifechanging, in that we may be able to safely take someone off insulin or sometimes remove the diagnosis of diabetes itself.”

The Patient and Public Voice

The views of patients, carers and families are at the heart of East GMSA, informing relevant discussions and decision-making. They are particularly interested to hear from anyone with relevant experience of genomics in one or more of the following groups: