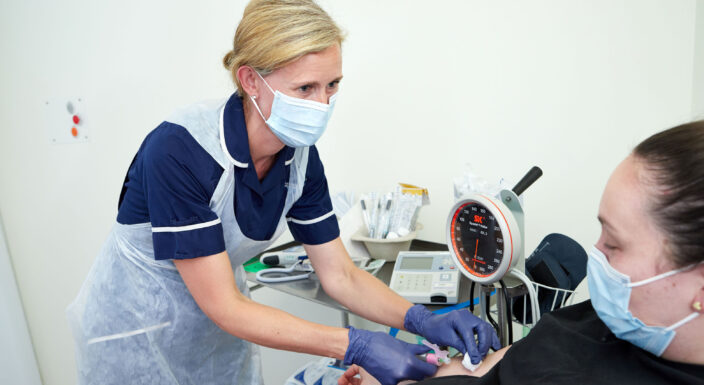 Fran Harlow has dedicated her working life to improving healthcare in pregnancy culminating in setting up the multi-disciplinary East of England Maternal Medicine Centre of Excellence here at the hospital. 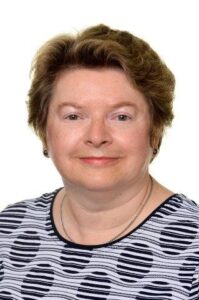 The centre was set up in February last year to provide highly specialised multi-disciplinary care and treatment for women with long-term conditions or serious health issues who are pregnant or who want to start a family. This was a national initiative in response to successive reports illustrating that we could improve pregnancy outcomes for many of these women. Fran and her team successfully argued that the East of England should have two centres because of the geographic challenges for the population. We host one, while the other is at Addenbrooke’s.

“We and Addenbrooke’s started off with very different Maternal Medicine services and through discussion and co-operation, we are now working much more effectively together as a regional service,” said Fran.

“We have found that we have increasingly seen women for pre-pregnancy counselling. This preventative approach is key to seeing them through a safe pregnancy. Nationally this aspect of care is quite challenging as many hospitals are unable to implement pre-pregnancy counselling due to financial constraints. We have welcomed these patients so that they are able to take advantage of our multi-disciplinary team to manage their subsequent pregnancy successfully.”

Two highly specialised obstetrics medicine clinics are held each week by Fran and centre Co-Lead Mark Andrews, who is the country’s first Obstetric Physician to hold a Diploma in Obstetric Medicine, as well as with Lianne Elliott, Lead Midwife in Maternal Medicine. Other general maternal medicine clinics are held for more than 30 patients each week. Referrals regularly come from neighbouring Norfolk hospitals as well as from Ipswich, West Suffolk and other hospitals further afield. Fran also chairs a bi-weekly virtual regional maternal medicine MDT meeting for discussion of women’s care and education.

“After initial assessment, most women can be cared for solely in their local hospital with the back-up of the centre if necessary. Other women will have ‘shared’ care between their local hospital and the Maternal Medicine Centre. Many of these consultations can be virtual which makes them more ‘user-friendly’. A few of the very high-risk patients will have all their care at the hospital and deliver their babies here also.

“We see high risk patients who, years gone by, may never have been pregnant due to pre-existing serious conditions.

“Sometimes we advise that pregnancy is not the way forward, and occasionally we may suggest that a termination may be in the woman’s best interest. These are difficult discussions, but we always support women in their informed choices. We draw on a network of expertise to keep these women and their babies as safe as possible.

“It has been hugely rewarding – and deeply challenging – to be able to see positive outcomes for women for whom pregnancy might have been merely a dream.”

Fran sees an important part of the centre as supporting the education of a wide range of staff groups and specialists, and the team is about to host its third regional seminar, this time on Inflammatory Bowel Disease in pregnancy. Another key role is to support local hospitals implementing new tests and procedures. For example, Fran championed a NICE approved Point of Care test for pre-eclampsia in 2019 at the hospital which she has since helped introduce into other regional units.

Fran trained in London and did a Fellowship in Sydney Australia, where she carried out research into hypertension in pregnancy.

“When I started my training, I was unusual in that I ultimately wanted to specialise in obstetrics rather than gynaecology,” she said.

“Whilst in London, I learnt from as many consultants who were interested in high-risk obstetrics as possible and there were a small group of physicians who were interested in obstetrics also. I was involved at the development stage of this whole new specialist area of obstetric medicine. My initial consultant appointment was at Kings College Hospital London, and I came to Norwich in 2004 to have a complete change of lifestyle.

“Setting up the unit has been an enormous achievement – not least securing the funding, which has been an uphill struggle. The other key aspect was encouraging Mark Andrews, an established Renal Physician, to undertake obstetric medicine training in London. I suspect the centre would not be at the hospital if Mark had not been prepared to take on this challenge and change his focus at this stage in his career. It relied on someone being brave enough to take on this challenge. It is as simple as that.”

Fran is now looking towards retirement to spend more time on her interests which include adventurous foreign travel, singing in a large choir and volunteering at the Theatres in Norwich. She also speaks French. However, before she can do that, she has one or two goals to achieve.

“I want to see the service develop further as there is a lot we can be doing. This will raise the profile of the unit and in turn, the reputation of the Trust. At a more operational level, one of our significant challenges is finding dedicated clinical space for the Maternal Medicine Team to see patients so that we can look to develop our service provision.

“I also want to make sure an appropriate succession plan is in place. It is not for me to determine the future of the centre, that is for my successor. It has been established – now we need to make sure it stays here.”