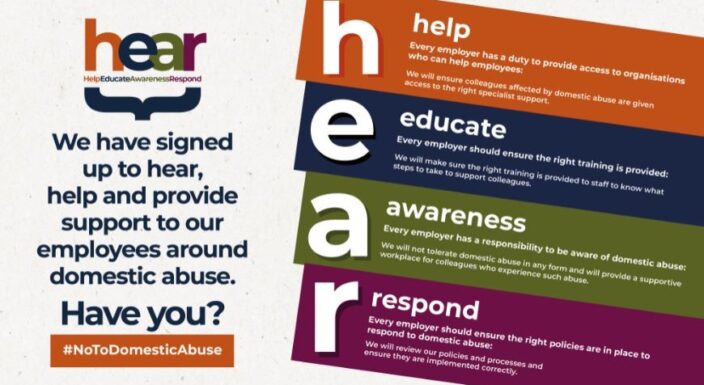 We signed the HEAR pledge to help tackle domestic abuse

The Trust has signed the HEAR (Help, Educate, Awareness, Respond) pledge in support of breaking the silence around domestic abuse.

The campaign, launched by Norfolk County Council, is part of the national “16 days of safeguarding” awareness campaign, and it is aimed at promoting awareness that the workplace is a safe environment and will provide support for vulnerable people where appropriate. 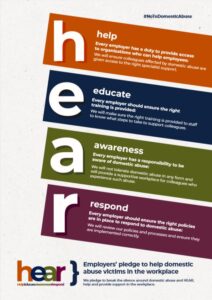 The charity Refuge recorded an average of 13,162 calls and messages to its National Domestic Abuse Helpline (NDAH) every month between April 2020 and February 2021, this constitutes a 60% increase in comparison to monthly calls and messages at the start of 2020.

The pledge is supported by our Women’s Staff Network and the Domestic Abuse Champions.

“Our hospital is one of the biggest employers in Norfolk and we feel it is extremely important that we provide access to the right support to both colleagues and our patients,” said Angela Johnson, Named Nurse Safeguarding Children.

“We are committed to recognising and responding to domestic abuse whilst providing a safe environment to do so.”

As part of the pledge we have produced posters, designed by Rebecca Fish, Ward Sister EAUS and Domestic Abuse Champion, for use around the hospital.

These posters have a QR code that can be scanned and will take the vulnerable person directly to the Norfolk County Council homepage for more information on how to get help.