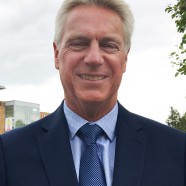 Tom Spink was appointed as a Non-Executive Director in June 2020.

He has worked at Aviva in several key senior roles since 2007 and began his current role as Group Procurement Director in 2013.  Prior to joining  NNUH, Tom was a non-executive director at the East of England Ambulance Service NHS Trust where he was chair of the finance and performance committee, vice-chair of the Trust and a member of the Norfolk and Waveney Health and Care Partnership Oversight Group.

Tom is the nominated Non-Executive Director for Maintaining High Professional Standards, the chair of the Finance, Investments and Performance Committee and a member of the following additional committees:

Tom Spink was appointed Interim Chairman in May 2022.