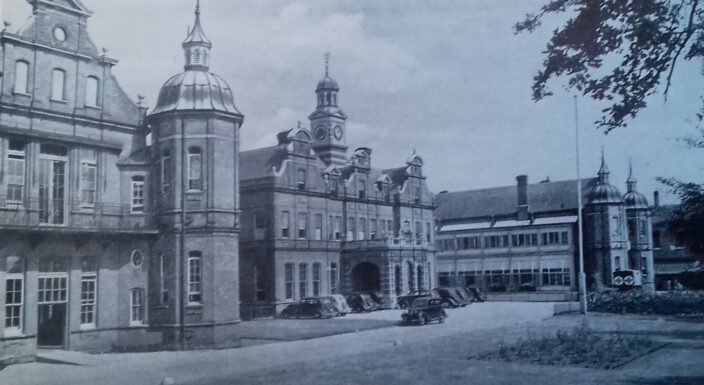 The Norfolk and Norwich University Hospital is celebrating its 250th anniversary in 2022.  The hospital saw its first outpatients on 11 July 1772 and first inpatients on 7 November 1772.

David White, chairman, said: “Over the generations, our hospital has touched the lives of every local family and this year we want to celebrate our achievements and our history.  We’ve reached a major milestone which will be celebrated throughout 2022 with our Norfolk and Waveney community.”

With the Foundation Stone laid in 1771, the Norfolk and Norwich Hospital became the 17th voluntary hospital founded in England with the original ideas proposed by the Bishop of Norwich at that time Thomas Hayter who asked local surgeon Benjamin Gooch to study the design and administration of London hospitals in 1758 to inform design of a hospital in Norwich.  Mr Gooch later became a consulting surgeon at the hospital, although he never operated there.

After a pause after the Bishop Hayter was transferred to London, the plans were later taken forward by William Fellowes who set up an open meeting at the Guildhall in Norwich in 1770 to discuss the hospital project where a committee established and subscription fund set up.

The hospital was established in 1772 at a cost of £13,323, with a medical staff and matron, plus 20 beds ordered.  In 2001, the hospital was rebuilt and opened at Colney Lane for a cost of £229m and now has over 1200 beds and 10,000 staff, treating over one million patients every year.  It became a teaching hospital, in partnership with the University of East Anglia, after moving to the new site along with an increased focus on research as part of the Norwich Research Park.

Today, the hospital is a centre for treating heart attacks and strokes with one of the largest cancer centres in the UK treating more than 6,000 patients every year.  Its maternity services care for over 5,000 patients each year, specialising in complex maternal care alongside a Neonatal Intensive Care Unit which looks after more than 900 sick and premature babies annually.  The hospital has developed expertise in minimally invasive robotic surgery which is used for urology, gynaecology and colorectal operations.

A series of events will be taking place in 2022, including a Foundation Day on Saturday 11 June where there will be an open day and fete with historical exhibits alongside interactive displays of modern services.

For more information or to get involved in the celebrations, contact communications@nnuh.nhs.uk or go to Norfolk and Norwich University Hospitals NHS Foundation Trust » 250th Anniversary of N&N Hospital (nnuh.nhs.uk)