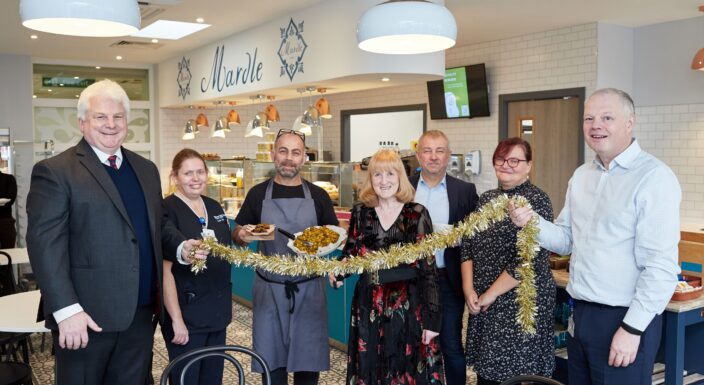 A new café has opened at Cromer Hospital, funded by the Norfolk & Norwich Hospitals Charity, offering hot and cold food, to eat in or takeaway, and accessible without entering the main hospital building.

The café is called “Mardle”, a name suggested by Sharon Grimwood, Cromer MIU Receptionist, who has won a bottle of champagne.

It is run by the Balanced Food Co, with proceeds to be reinvested into further improvements at Cromer Hospital with staff offered a discount.

John Paul Garside, Charity Director, said: “We are really excited to have been able to provide this wonderful facility for Cromer Hospital and are keen to see the proceeds from the café go towards further developments for NHS patients in North Norfolk”.

To find out more about the N&N Hospitals Charity or to make a donation please visit www.nnhospitalscharity.org.uk