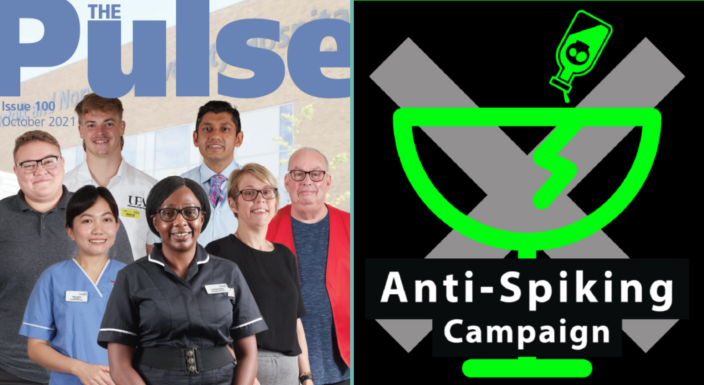 The Corporate Communications Team at NNUH has been shortlisted for two prestigious public relations industry awards.

The team is in the running for honours at the Chartered Institute of Public Relation’s (CIPR) PRide Awards for Anglia, Thames and Chiltern which covers nine counties.

The team is up for awards for the Best Public Sector Campaign with its “Our diversity makes us stronger” campaign which supported Equality, Diversity and Inclusion at NNUH and featured the importance of valuing staff from all backgrounds, and for the Best Community Relations campaign for anti-spiking called “Spiked?” which raised awareness, offered suspected victims the chance to find out if they had been spiked and gathered evidence on prevalence of the problem.

Emma Clark, Equality Diversity and Inclusivity officer said: “The campaign devised by the communications team “Our diversity makes us stronger”, was an important and impactful campaign for the Trust – sharing staff stories in particular showed how we are looking to embed a culture of allyship and a workplace in which we all feel safe and valued at work.”

Michelle Frost, Specialist Biomedical Scientist and “Spiked?” creator said: “ The Comms Team have been instrumental to the success of the “Spiked?” campaign and I would like to thank them for their support.”

Sam Higginson, NNUH Chief Executive, said: “This is fantastic news and well done to the team for being shortlisted for these awards. Excellent communications is fundamental to a large university teaching hospital like ours and both these campaigns were on really important subjects and great examples of effective communications and creativity. I’d like to thank the team for their continued hard work.”