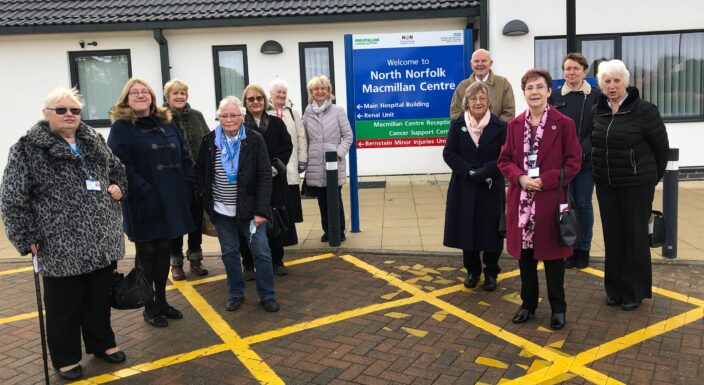 Donation of £665,000 from Cromer Community and Hospital Friends

A new cancer unit at Cromer Hospital has benefitted from a donation of £665,000 to fund equipment thanks to the Cromer Community and Hospital Friends.

A range of equipment has been purchased for the North Norfolk Macmillan Centre, including Prostate Biopsy equipment, furniture and a state-of-the-art point of care testing blood analyser. The centre, which opened in September this year, provides chemotherapy treatment, space for outpatient appointments and minor surgery, plus a Macmillan information and support centre, helping people to navigate the practical, emotional and financial challenges that can arise following a cancer diagnosis.

David White, NNUH Chairman, says: “We commend the outstanding efforts of the Friends who have worked tirelessly to support us over the years and especially with such a generous donation for the new centre. The money raised will benefit thousands of cancer patients over the coming years from North Norfolk and the surrounding area.”

Shirley Davies, Chair of the Cromer Community and Hospital Friends, says: “As a small charity run by volunteers we were daunted by the task of raising half a million pounds – our biggest project by far!

“However, we soon realised that the community was really behind us, and it is thanks to them that we not only achieved our target, but exceeded it within eighteen months, even with Covid restrictions in place for most of that time. Our sincere thanks to all our amazing supporters!”

The £4.85million cancer centre, funded by Macmillan Cancer Support and the Norfolk & Norwich Hospitals Charity, will bring treatment and support services closer to home for thousands of people.

It has been built as part of the response to predictions, by the Norfolk and Norwich University Hospitals NHS Foundation Trust, that demand for local cancer services could increase by more than 200 per cent over ten years.