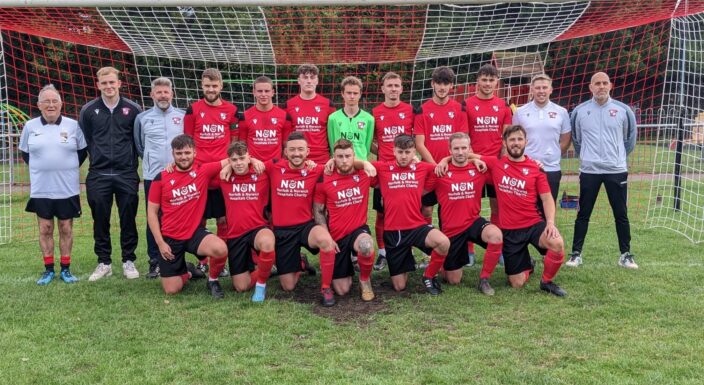 A community football club is sporting a new logo in recognition of the hospital which helped to save the life of one of its volunteers.

Steve Normanton, a referee, linesman and volunteer at Long Stratton Football Club, was treated at the Norfolk and Norwich University Hospital several years ago after suffering a heart attack.

The 69-year-old from Long Stratton underwent surgery where a pacemaker and stents were placed. Last year, Steve bought some new kits for the club which will carry the N&N Hospitals Charity logo for the 2022/23 season.

Long Stratton Football Club is a growing community club which caters for a huge diversity of age ranges.

Steve said: “People don’t realise that getting the heart stents have given me a new life – the second chance is a gift and I want the shirts to carry the logo to thank them for what they did for me.

“I want people to be aware that they can come out better than before after something like this. The football club caters from mini kickers (aged 6 upwards) all through the age groups male and female. We have five adult teams all the way up to walking football with our most senior player being 72 years old.”

Club Chairman Paul Simmons said: “We as a club are delighted to with Steve’s financial gift to support this wonderful charity.”

Lynn Crombie, from the N&N Hospitals Charity, said: “It’s lovely to see the team wearing these fantastic new kits bearing our logo and spreading awareness about our charity which supports staff and patients at the N&N.”

For more information about the hospital charity and how you can support, go to https://nnhospitalscharity.org.uk/