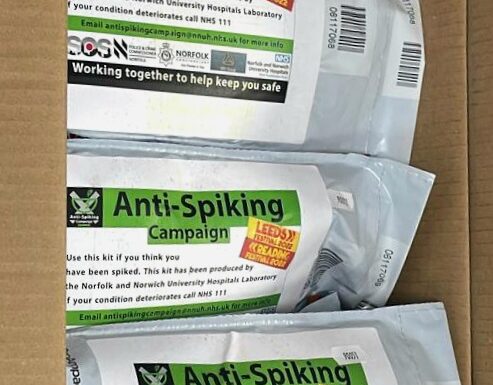 NNUH anti-spiking campaign creator Specialist Biomedical Scientist Michelle Frost has confirmed that Leeds and Reading Festival are providing the anti-spiking kits for their festival-goers this weekend. 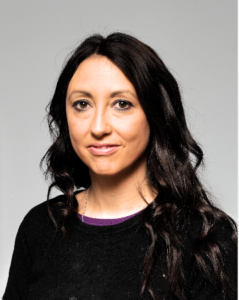 Michelle said: “The NNUH will be delivering enhanced patient care to festival goers at both Reading and Leeds for their annual festival this bank holiday weekend. The kits will allow anyone who thinks they may have been spiked, though either the spiking of drinks – adding drugs or substances to a person’s drink – or through injection, to personally access a full toxicology analysis. Drinks can also be tested to find out if they contain unconsented substances. Results will be sent back to kit users within seven days.”

She added: “It’s brilliant to know that we can help with patient care, even remotely. It also shows just how committed the organisers of Reading and Leeds Festival are about people’s safety. I would like to thank them for taking our kits.

“I am so excited about this. It means it’s official – we’ve gone national.”

The festival is the first organisation outside of the East of England to take the kits. Within Norfolk the kits have been stocked by The NHS Norwich Walk-In Centre, on Rouen Road, as well as clubs and bars in Norwich, King’s Lynn and Gorleston and at University of East Anglia clubs.

The Anti-Spiking Campaign pilot launched back in December last year has been hailed as a huge success.

Michelle will be building on that success with a free to attend one-day conference on Friday 2 September 10am-3.30pm here in the Benjamin Gooch Lecture Theatre. The event is aimed at people in a professional and/or leadership role, along with those who may have been affected by spiking incidents.

Michelle is bringing together representatives from schools, police, councils, bar and club owners, associated charities and members of the NHS, who will speak about:

To book a place at the conference, or to book an educational talk in a secondary school, email antispikinginfo@nnuh.nhs.uk

The high-profile campaign saw the NNUH lab team join forces with the Police, the SOS wellbeing bus, and selected clubs and bars to offer anti-spiking kits, so anyone who thinks they, or a friend, has been spiked, can ask at the bar for a kit to provide a urine sample, which is submitted to the NNUH lab for testing.

All samples were anonymous at the point of collection, and tested for substances connected with spiking, with results sent out via encrypted barcodes linked to the sample to reduce reporting barriers. People can request their results by giving basic personal data and then find out if they have been spiked and if so with what substances.

It is believed that the spiking of drinks – adding drugs or substances to a person’s drink – or injecting them without their prior knowledge or agreement, has become more prevalent across the country, with a number of incidents reported in Norwich.