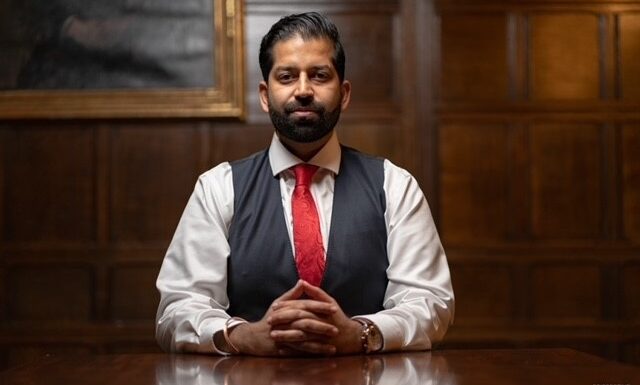 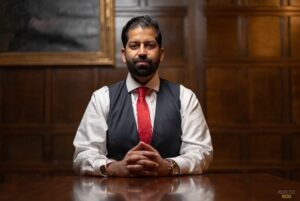 Norfolk and Norwich University Hospitals Oral & Maxillofacial surgery trainee, Sukh Dubb, has launched a national campaign to encourage people who have faced trauma in their lives or any number of issues which have affected their general and mental health to speak up and share their experiences.

Having come from an under-privileged background, experiencing severe poverty growing up in Birmingham, Sukh has taken those experiences and turned them into a positive by launching a website called “The Waiting Room”, featuring high-profile campaigners, celebrities and the general public, sharing their stories through an intimate, filmed interview.

His primary aim is to demonstrate the power of sharing your story and the positive impact on your life this can have, your future as well as those who hear it. In particular he hopes the stories around mental health will help others feel less alone.

The campaign also serves to celebrate the NHS, which has featured in everyone taking part in Sukh’s interviews. Guests include amongst others:

Sukh said: “Everyone has a story and I want to encourage everyone who is facing mental health problems, have suffered a trauma, been the victim of abuse – whatever their issue – to share their story knowing it will help them as well as inspire others.

Known as Dr Sukh, Sukh is an Oral & Maxillofacial surgery registrar, currently working at NNUH. As a registrar he spends time training at different hospitals before finally qualifying as a Consultant. He joined NNUH from Addenbrookes and remains with us until mid July, when he goes to his next role in Luton.

Sukh is a dual qualified trainee having studied Medicine at Imperial College, London, and Dentistry at Kings College, London. He spent his years as a junior doctor, also in London training in Broomfield hospital and Newham General Hospital. He spent a further two years training in Scotland before starting his Registrar training in Oral & Maxillofacial surgery in the East of England deanery. He has spoken about his work in the White House, United Nations and the House of Commons.

On Tuesday 1 June Sukh will officially launch his website with the screening of the interview he did with BBC journalist Victoria Derbyshire who talks about domestic abuse growing up, her diagnosis of breast cancer and her struggle with mental health.

Click on the website below which officially launches on Tuesday 1 June to watch some of trailers and clips from Sukh’s interviews.