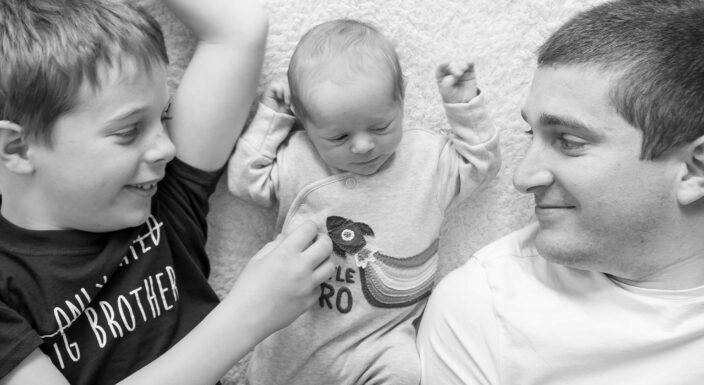 A soldier from Norfolk is preparing to tackle one of the UK’s toughest mountain challenges to raise money for the Jenny Lind Children’s Hospital.

John Williams, from Diss, has recruited 35 personnel to take part in the Welsh 3000s which takes in 15 peaks above 3,000ft, including Snowden.

Split into three teams of eight/nine plus support personnel, the group aims to walk the total journey of 50km within 24 hours.

The fundraising challenge was the idea of John, who has been in the British Army for 12 year, now with the Royal Core of Signals, based in Stafford with the 15 Signals Regiment 207 Sqn.

He chose to support the Jenny Lind Hospital, part of the N&N Hospitals Charity, where his youngest son Alexander is being treated.

Alexander first came to the children’s hospital aged six weeks after failing to grow as expected. He underwent tests and was diagnosed with a rare disorder which causes a wide variety of issues, including slow growth, feeding issues and reflux.

John said: “It is possible we will remain under their care depending on what happens with Alexander’s health and development.

“The staff on Jenny Lind have not only cared for Alexander but have been an invaluable support for us as a family during this challenging time.”

The teams will set off on June 6 and travel to Capel Curig camp and take part it different practice routes before the main challenge on June 10 and 11.

Women’s and Children’s Senior Matron, Emma Chapman said: “We are so grateful for what John and his colleagues are doing to support our children’s hospital.

“It is a huge boost for all our staff and the money raised will enable us to do so much more for our youngest patients and we wish them all the best of luck.”