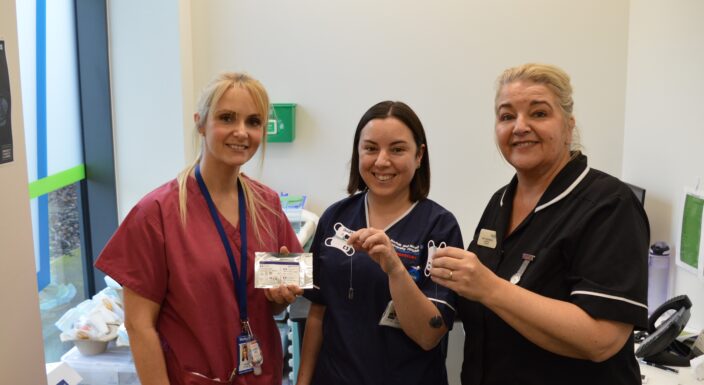 ‘Sponge on a string’ pilot launches in Endoscopy Unit

A ‘sponge on a string’ pilot has started in our gastroenterology department as a new diagnostic test for patients referred from primary care with symptomatic gastro-oesophageal reflux disease. 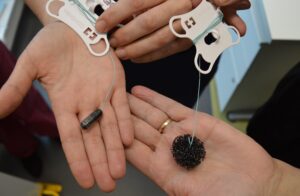 The first Cytosponge clinic has taken place at the Quadram Institute, which is being offered as a less invasive alternative to endoscopy.

The Cytosponge consists of a spherical sponge within a dissolvable capsule attached to a string. The Cytosponge is swallowed, the capsule dissolves and the sponge expands within the stomach. Using the string, the sponge is retrieved and collects approximately one million cells lining the oesophagus.

The sponge is then sent for histological and biomarker analysis, and with high accuracy can diagnose Barrett’s oesophagus, which is a condition where some of the cells in the oesophagus grow abnormally and can lead to oesophageal cancer.

By offering Cytosponge to NNUH patients, it is hoped that most patients with reflux symptoms can safely avoid more invasive investigations and that endoscopy can be prioritised for those most in need.

Tracy Mcdonnell, Lead Nurse for Endoscopy Services, said: “We are excited to be taking part in this NHS England funded pilot for the next 12 months, which is supported by Norfolk and Waveney ICB and we will initially carry out one clinic a week.”

“It is less invasive than a gastroscopy procedure and can be done in a clinic room. The feedback during trials from patients who have endoscopy regularly is that they prefer Cytosponge to gastroscopy.”