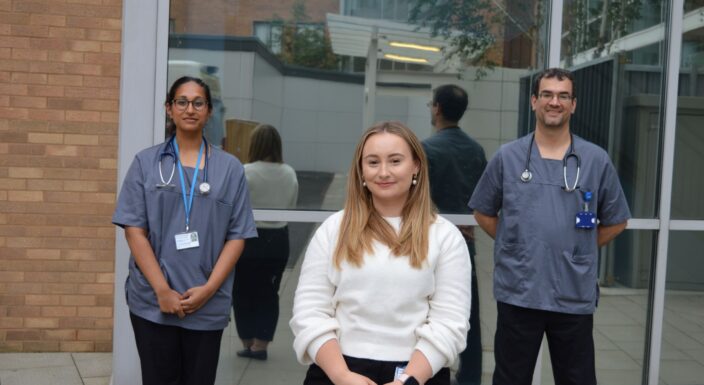 There’s a growing body of evidence that shows ageing often affects the body’s handling of certain drugs and leads to a need for doctors to review and stop some medications for older patients.

Our Older People’s Medicine research team and UEA School of Pharmacy are working together with clinicians and researchers across the country on a new project called CHARMER (CompreHensive geriAtRician-led Medication Review) – a group of studies designed to develop an approach to increasing the chances of medicines that may cause harm or discomfort in the future being stopped when people are in hospital.

Studies have shown that half of older patients in hospital are prescribed at least one long-term medicine where the harms outweigh the benefits and only a small fraction of these patients have those medicines reviewed and stopped during their stay in hospital.

The CHARMER team, funded by the National Institute for Health Research (NIHR), are looking for people over the age of 65 in England who are on five or more medicines to help them with their research.

Dr Martyn Patel, NNUH Consultant in Older People’s Medicine, said: “As a team working together we have found that both our local studies and other people’s studies across the UK show that admissions to hospital, particularly for older adults can often be linked to the medicines on their regular prescription list as being the direct reason for the admission. Ideally we should act to intervene before the harm occurs – called proactive deprescribing.”

“We have looked into this in some detail and people are very open to having a discussion and review about the medications they are on, but it is often an opportunity that never comes to pass, either with their GP or during a hospital admission.”

“Based on previous studies, and in particular the work of Dr Sion Scott during his PhD at UEA, we have come up with the concept that it would be great to enthuse hospital doctors, in particular those working in geriatric medicine or routinely involved in the care of older adults, to make a special effort to conduct a medication review. So, when a patient on a large number of medications is admitted, a doctor or a pharmacist will go through that list and actively consider what medications are no longer optimum for those patients and discuss with patients the need for some of their medications to be switched or stopped.”